The unknown of the "silent majority", the polls, racially-based riots and a "VIRUS" responsible for a national shutdown, are all part of our nation's unprecedented run-up to the November 3rd Presidential election.

In a typical election year, we would be in the midst of lives rallies, press conferences, shaking hands, kissing babies, and finally the debates.

The kind of debates with a buzz in the auditorium, the crowds fighting their desires to clap or boo, and where candidates performances could possibly win or lose elections based on their performance at them. 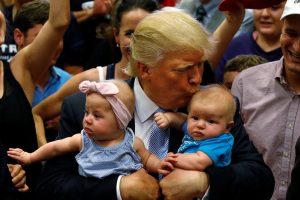 The 2020 cycle is unique, as we are not at war, our economy wants to take off, anarchists are terrorizing cites who want to get rid of their police departments, and because of a lingering debate on the dangers of CV-19, our schools might not re-open in August and the Presidential debates, might be in front very limited sized crowds.

Some encouraging news is coming out, for President Trump and his supporters. 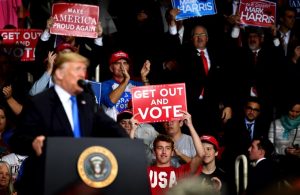 Biden’s bunker campaign is a reflection of his very, very, very unsteady performances when he does pop his head out. As we’ve discussed more than once, there will be an all-hands on deck blitz to “explain” why we should not have three presidential debates but only one—if indeed, we have any. Exposure is the pro-abortion former Vice President’s Achilles heel.

But as NRL News Today has discussed (most recently here ), whatever the surface numbers may say—and they say Biden is ahead in almost all polls but by much narrower margins in “battleground states”—you have to plunge deeper to grasp the underlying reality.

An absolutely classic example of what is called the “toplines” showing one thing and the cross-tabs (where the pollster probes underneath the toplines) showing something remarkable different is this week’s AP/Ipsos poll.

Here’s how HotAir’s Ed Morrissey summarizes the toplines. When “leaners” are included, the poll shows a “46/34 advantage for Biden”; 8% “don’t plan to vote at all”; and “and another 10% think they’ll go with a third-party candidate in November.”

With all due respect, these numbers are preposterous, but moving on… The Hill newspaper looked at the crosstabs for the all-important “enthusiasm” component. What’d Zack Budryk find? Here are his first four paragraphs (all underlining is mine):

So President Trump's supporters are more enthusiastic and less anxious about the election.

Well with President Trump's success in his first 3 1/2 years in office and former VP Bidens's frequent gaffs, leading many to question Mr. Biden's mental health, these numbers make perfect sense, except for those on the left who must minimize the polls labeling their pro-Trump findings as outliers.

I still think the debates will have a lot to say about who wins in November, as long as the left is not able to use voter fraud and Silicon Valley's censorship, to sway the election.

In Liberty Brothers And Sisters. In Liberty.

Since I can no longer post to my account, this is the only means I have to set you straight