Her attitude changed on July 4th, just one month later when the Hollywood star needed help. That is when DeGeneres called the police, reported a crime, and they carried out their duties to help her by investigating her situation to see if they could reclaim her belongings.

Black Lives Matter, is one of Hollywood's new favorite SJW groups to promote during the CV-19 shutdown.

Their home videos expressing the need for America to acknowledge our racist past, the need to fix local police departments, some even approving of defunding them, and supporting their protest/rallies even as the violence against complete strangers took place across the country. 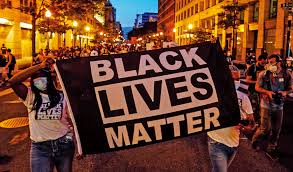 Ellen Degeneres the host of the Ellen show, in a one month period of time, went from proclaiming her support for Black Lives Matter, saying she wanted to learn and educate others about Black Lives Matter and how to understand the injustice toward Black people and defunding the Police, to calling the police, herself, to ask for help when her upscale home burglarized of expensive items.

“As a White person, I do not always know what to say, we have to admit there is a lot we don’t know about Black people’s lives and about a Black person’s experience. And there is a horrible injustice toward Black people.”

DeGeneres said June 4 in a video for her social media, when she committed to being an ally to the Black Lives Matter, a Marxist organization meant to defund local police. In the video, DeGeneres said, ” I want to be an ally fighting for a change.

I think White people need to sit in our discomfort.  We have to learn how to do better. I want to help educate others.”  Degeneres made a video that was meant to direct people how to be an ally for Black Lives Matter and stand up and speak boldly in support of BLM.

Her attitude changed on July 4th, just one month later when the Hollywood star needed help.  That is when DeGeneres called the police, reported a crime, and they carried out their duties to help her by investigating her situation to see if they could reclaim her belongings.

The residence appears to have been targeted due to the victim’s celebrity status. The exact description of the items that were taken is not available for release, but they are described as high-value jewelry and watches. Sheriff’s detectives and forensics technicians have been conducting an extensive and on-going investigation.

The Santa Barbara County Sheriff’s Office is in contact with other law enforcement agencies to determine if this is related to additional recent celebrity home burglaries.

It is easy to make proclamations against the police, but when the rubber hits the road, they call 911 faster than it takes to turn on the phone camera. Enough of the madness, let's go back to rejecting domestic terrorism and supporting those in Blue.

A Chauvinist (my bad) In Support Of Females

Straight Talk - Who Is Responsible For George Floyd's Death?